Tax Debt and Bankruptcy: The Conditions for Discharging a Tax Debt with a Bankruptcy Petition 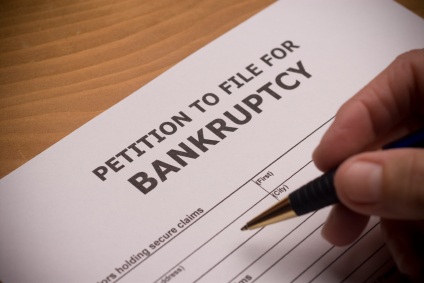 You can discharge a tax debt in Chapter 7 bankruptcy if, and only if, all of the following conditions are met:

1) The filing date of the tax return establishing the debt must be at least two years old.

2) The due date for filing the tax return must predate the bankruptcy petition by at least three years.

3) The tax debt assessment must be at least 240 days old.

6) The taxes identified by the bankruptcy petition must be income taxes.

7) The tax return is truthful.

Differences Between Chapter 7 and Chapter 13 Bankruptcies

Chapter 13: provides for the partial discharge of non-priority tax debt.

The Treatment of Priority Tax Debt

If you have an unresolved tax debt, our experienced Certified Public Accountants and Enrolled Agents can help you resolve it. To schedule a free and comprehensive consultation with an licensed tax professional (no salespeople here!), simply call us at 877-889-6527 or submit our online consultation request form.

At Professional Tax Resolution, we promise you what our competitors simply cannot:

From the first day, you speak with licensed tax experts. We don't employ salespeople.

Our initial consultation is always free and we do not charge large up-front fees.

We never use "affiliates" or "partners." We are not a marketing company.

Our staff consists of licensed CPAs, Enrolled Agents and other certified tax professionals solving IRS and State tax problems all day, every day.

We will provide you with the best tax settlement options available.

We will never make false claims or promises we can't keep.
Schedule Your Free Consultation Now!