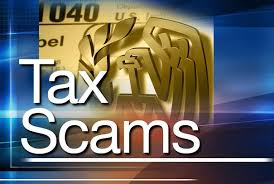 It turns out that tax fraud brings serious consequences as evidenced by the sentencing, earlier this year, of Rashia Wilson to 21 years in prison for multiple counts of aggravated identity theft and wire fraud. Ms. Wilson, otherwise known as the “Tax Fraud Queen,” was originally convicted and sentenced in 2013 when she plead guilty to stealing over $3 million dollars in a tax refund scam. Her original sentence, which was thrown out on appeal in 2014 due to errors in applying sentencing guidelines, was reinstated earlier this year.

From April of 2009 through September of 2012, Rashia Wilson and several accomplices were successful in carrying out a scheme that defrauded the federal government of approximately $3.1 million in tax revenue. They did this by obtaining personal information from medical billing records and financial statements and using this to generate fraudulent tax returns without the knowledge or permission of the taxpayers whose information was being used.  Once the returns were filed, they collected the tax refunds in the form of U.S. Treasury checks and prepaid debit cards. This scheme continued successfully for over three years and four tax seasons until investigators finally cracked the case in the fall of 2012. Throughout most of this time, Wilson bragged about her tax crimes on various social media sites and taunted the IRS, saying that they would not be able to indict her. In her own words, she proclaimed, “I’m Rashia,the queen of IRS tax fraud … So if you think indicting me will be easy, it won’t.”

The filing of false tax returns as Ms. Wilson and her accomplices did is treated very harshly by the legal system. While failing to file a return is considered a misdemeanor, the filing of a fraudulent return is a felony and is typically given a much more severe consequence. Although the national average sentence for identity theft is 43 months, the sentencing judge handed down a much longer sentence in the case of Rashia Wilson. U.S. As U.S. District Judge James Moody Jr. said at her sentencing hearing, “She knew she was doing wrong (and) … reveled in the fact that is was wrong.” He cited a formula that takes into account the seriousness of the offenses as well as the defendant’s prior criminal convictions as the reason for her harsh sentence.

In response to the case of Rashia Wilson and others like it, the IRS has stepped up its efforts to combat identity theft as well as other types of tax fraud. As recently as this week the Financial Crimes Enforcement Network issued a Geographic Targeting Order requiring check cashing companies in two Florida counties to verify the identification of any person cashing a federal income tax refund check. These types of restrictions are aimed at identifying and stopping tax fraud schemes such as the one described above.