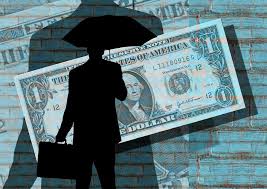 The subject of tax fraud often makes the news headlines somewhere around the opening of tax season and it appears that Tax Season 2106 is no exception. Numerous state tax agencies, including Illinois, Hawaii, Utah and, most recently, South Carolina, have already announced tax refund delays due the threat of identity theft and tax refund fraud. Although the Internal Revenue Service has not issued any similar notices of delay, they have nonetheless issued bulletins warning taxpayers of potential fraudulent activity and suggesting precautions to take to combat it.

The refund delays announced by certain states are the result of increased security measures that have been put in place to prevent identity theft and other types of tax fraud. A spokesperson for the Illinois Department of Revenue, which has announced that they are unlikely to issue any tax refunds before the middle of March, has said that efforts used last year “illustrate the positive impact that additional delays and scrutiny have had in combating tax return and identity theft.” Other states have followed suit. The Hawaii Department of Taxation announced that refunds may be delayed by as much as 16 weeks while the Utah legislature actually passed a law prohibiting the issuing of tax refunds before March 1st unless all returns and required forms were submitted by January 31st. Veranda Smith of the Federation of Tax Administrators has said that the general trend for tax agencies will be to move in the direction longer lead times in order to allow more time for the matching of information sent from multiple sources.

In addition to the delays announced by certain states, the Internal Revenue Service continues to take steps to combat tax fraud. They have published security tips on their website and have met jointly with representatives of software companies and state tax agencies for the purpose of sharing data and standardizing online security protocol. On top of this, the software companies are taking their own steps to protect taxpayers from fraudulent activity. Some have published stepped up requirements for passwords while others, such as Turbo Tax, are requiring the use of a security code sent to the cellphone in order to log on to the tax software. While the 2105 Turbo Tax software required the use of this code for the initial use of theprogram, the 2016 version has increased this security measure by giving users the option of using the code each time they log in. All of these steps are part of a clear tend on the part of the IRS, state tax agencies and software companies to increase tax return security.