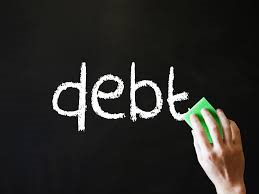 A successful tax resolution plan often requires a creative approach that may include a variety of tax settlement methods used in various combinations. Such a plan often begins with an attempt to reduce the amount of the outstanding tax liability though the filing of back tax returns and amended returns. It may also involve an audit defense in the case where an audit has been requested. These initial tax resolution steps are followed by submitting an application for one of the various tax settlement options offered by the IRS or simply negotiating a payment plan to pay off the balance of back taxes owed.

The tax settlement case outlined below is one that involved multiple steps in order to achieve a successful resolution. Mr. C contacted Professional Tax Resolution in 2012 after receiving an IRS Notice of Intent to Audit informing him that his income tax returns for tax years 2009, 2010 and 2012 had been selected for further scrutiny. Our experienced professionals immediately went to work evaluating the audit request and collecting the documentation required to substantiate the specific items identified in the notice. Following a brief period of negotiation with the IRS, our tax team achieved a successful audit resolution, lowering his audit assessment by half. Although the audit resolution was a success, the back tax balance of 22k left at the end of the process was still more than Mr. C could afford to pay. He was in the financial industry and had been having a hard time making ends meet due to the difficult market.

Once he had filed his 2013 tax return, Mr. C again sat down with one of our tax resolution professionals. Before addressing his existing back tax balance, we advised him to fix his withholdings to ensure that he was withholding enough tax for the 2014 tax year. Following that, the Professional Tax Resolution team immediately started putting a multi-faceted tax settlement plan into action. Our first step was to resolve Mr. C’s back tax balance with the state by negotiating an affordable payment plan with the State Franchise Tax Board. Following that, we prepared and submitted and Offer in Compromise petition to resolve the balance of his outstanding tax liability with the IRS. The offer, which was received by the IRS on June 3, 2014, was accepted on September 9th after only one phone call. Mr. C, who could now see the light at the end of the tunnel, was thrilled at the overall outcome of the tax resolution process.

As was the case with Mr. C, the tax specialists at Professional Tax Resolution always devise a tax settlement plan the fits the specific needs of the client. They start the process at its source by making an accurate determination of the full amount of the back tax balance owed and follow this by devising a tax resolution plan that takes into account the amount of the back tax balance as well as the client’s ability if pay. Our tax professionals understand that the best solution is not the same for every person and customize each tax settlement plan to meet the needs of the customer.