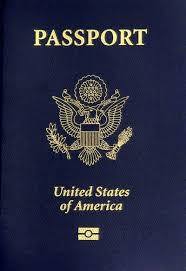 One of the numerous bills passed by Congress toward the end of last year was the Fast Act (Fixing America’s Surface Transportation Act). Executed on December 5, 2015, the main focal points of the bill are improving the county’s transportation infrastructure, strengthening public transportation and improving highway safety.  However, in addition to the Fast Act’s focus on these transportation related issues, it contains an important line item which allows the State Department to go after United States citizens who owe back taxes by interrupting their use of a passport. The bill allows the government to refuse to issue a passport, fail to renew a passport or revoke a current passport if a taxpayer owes back taxes in excess of a certain threshold amount. This provision is particularly significant because, for the first time, it allows the IRS to share information with the State Department.

The IRS has been aggressively trying to collect back taxes for the past several years. However, they have recently had to scale back on the number of employees devoted to tax collection in order to deal with such pressing issues such as tax fraud, identity theft and tax scams. In light of this employee shortage, the Fast Act takes a step in the direction of collecting back taxes by interfacing with the State Department. It declares that any United States taxpayer who owes $50,000 or more in taxes, interest and penalties is considered to be in “seriously delinquent debt.” Once this designation has been established, the bill allows the IRS to turn to the Secretary of State to deny a passport when one is about to be issued or renewed by such an individual. Because a passport is a strong representation of freedom for any U.S. citizen, the new bill makes a powerful statement about the government’s focus on collecting delinquent tax payments.

If you are a taxpayer who falls into delinquent taxpayer category described above, it may well be advisable for you to contact a competent tax settlement professional to investigate your tax settlement options. Among other alternatives, these options include an IRS Offer in Compromise or IRS Installment Agreement. While a traditional Installment Agreement simply makes payment of a tax debt more manageable by setting up a payment plan, both the Offer and Compromise and the Partial Payment Installment Agreement settle the debt for less than the full amount owed. An additional option is to request a Collection Due Process Hearing. Once a taxpayer and the IRS have agreed upon a method for paying the back tax balance, the Secretary of State will go through the motions of removing the hold on the taxpayer’s passport. Similar to the IRS revoking a lien or a levy, the Secretary of State will deem the taxpayer’s current passport valid or issue a release allowing a passport to be renewed or a new one to be issued.