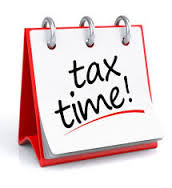 Very few important tax decisions have been passed down in 2015 and, with only a few weeks to go, it appears that we may move into the New Year with some important tax matters still unresolved. Some of the critical tax issues hanging in the balance as we move into 2016 are the tax extenders legislation, internet taxation and the licensing of tax preparers. All of these topics are in one stage or another of being discussed and considered by Congress but have not made it through the legislative system to be signed into law. With less than a month to go, it will be interesting to see if any of these measures are enacted before the end of the year.

One important tax measure that is on the hot seat this month is a renewal of the provisions of the bill officially titled the Tax Increase Prevention Act of 2014 (HR 5771). This bill, which included some very important bill tax breaks, officially expired on December 31, 2014. Although the Senate Finance Committee had said they would begin work on a new piece of legislation that would extend many of these provisions, they have yet to present their revisions. This means that, unless Congress acts quickly to extend these tax breaks and make them retroactive to January 1, 2015, they will not be available to individuals and businesses for the 2015 tax year. If this legislation is not extended, business will no longer have access to its 50% bonus depreciation provision or the increased expensing and investment ceiling limits of $500,000 and $2.5 million, respectively. Likewise, individual taxpayers will not be able to write off mortgage debt, deduct the premiums paid for private mortgage insurance or have the ability to use an itemized deduction for state and local sales taxes.

Another important tax issue in focus this month is the Internet Tax Freedom Act which is set to expire on December 11th. The taxing of internet access has been banned since 1997 but the law which prevents it is not a permanent one. This law, which has already been extended several times since its inception, is now set to expire this month. Although the House recently approved the Permanent Internet Tax freedom Act and the Senate followed with its version called the Internet Tax Freedom Forever Act, no further action has been taken to get this legislation signed into law.

In addition to the two tax issues outlined above, Congress is considering legislation that would require the licensing of tax preparers. After attempts by the Internal Revenue Service to require licensing failed in the court system, the Senate Finance committee agreed that they would act on the issue. Following this, member of the House of Representatives introduced a bill called the Tax Return Competency Act. However, the proposal, which is designed to help prevent tax fraud by screening individuals who provide tax preparation services, still sitting in committee. Although the IRS was hoping to have some type of legislation in place before the start of the 2016 tax season, only the time will tell whether this wish will become a reality.