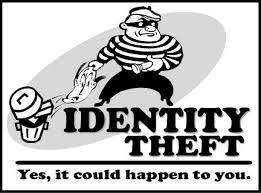 In March of this year, all of the major players in the tax industry came together to focus on the problems of identity theft and tax refund fraud. Their aim was to have safeguards in place before the beginning of the 2016 filing season. This convocation, identified as the Security Summit, includes the IRS, state tax authorities, and representatives from the tax software and financial services industries. Tax Commissioner John Koskinen, who has called the Security Summit an “unprecedented effort,” maintains that income tax fraud “is not a battle the IRS can fight alone.” He went on to say that identity theft has “become a serious threat to the nation’s tax system” and one that must be dealt with aggressively.

Tax fraud has become an increasingly serious problem as the percentage of e-filed returns has multiplied. Currently, almost every business and tax professional, as well as a significant number of individual taxpayers, files electronically. With this increase in convenience, comes a whole host of associated problems surrounding the issues of taxpayer identification, the sharing of information and internet security. It is exactly these topics that are the focus of the Security Summit. According to remarks made by Koskinen at an October 20th press conference, the Security Summit “now covers virtually the entire population of taxpayers who e-file their tax returns.”

The Security Summit has made significant progress since their initial meeting in March. To date, they have identified and tested more than 20 security items related to the electronic filing of taxes. These items, which focus on all aspects of tax return and tax refund fraud, will be made available to both the IRS and State Tax Agencies to be used in the prevention of identity theft and are expected to be in place by the time the 2016 filing season opens. They target such things as the time it takes to produce a return and identifying instances where multiple returns are generated automatically. The Summit has announced that implementation of these measures is internal. While they will serve to enhance the security of the transmission process, they will not affect how taxes are filed.

In addition to measure designed to enhance the security of e-filed returns, the Security Summit has made recommendations in several other areas. In particular, the Tax Professional Work Group, which is one of the working committees of the larger effort, is investigating other means by which tax preparers themselves can contribute to the prevention of identity theft. On top of this, the United States Tax Commissioner has asked Congress to pass legislation requiring W-2s, 1099s and other information returns to be sent out earlier, thus allowing more time for the matching of these items with the information submitted on tax returns.