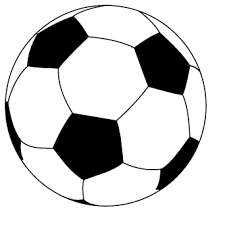 The recent tax troubles of Barcelona soccer star Neymar da Silva Santos serve to point out the very powerful nature of tax collection agencies. Earlier this month, a Brazilian judge froze almost $50 million in assets to prevent to Neymar from hiding funds that might be needed to cover a tax debt with the Brazilian government. The total amount of the freeze was apparently equal to 150% of the soccer star’s estimated tax debt and included, not only his personal assets, but also those of family members. Although this particular jeopardy assessment was initiated by the Brazilian counterpart of the IRS, we are reminded that our own tax collection agency is equally as powerful. When collection of an outstanding tax liability is in question, the IRS has the authority to freeze whatever assets are necessary in order to cover the debt, even without following normal assessment and collection procedures.

The IRS is given the authority to initiate a jeopardy assessment such as the one recently imposed by the Brazilian government if they determine that following normal collection procedures will place collection of the tax debt in jeopardy. In such a case, the IRS is allowed to immediately levy assets to cover payment of the tax liability without waiting the normal 30-day grace period after a Notice of Intent to Levy is issued. Once an assessment such as this is handed down, the back tax balance, together with any penalties and interest that have accumulated, become immediately due and payable. In the case of income taxes, such jeopardy assessments can even include termination of the current tax year or imposing an immediate deadline on collection of taxes from the previous year.

As would be expected, the issue of jeopardy assessments violating a taxpayer’s right to due process has been challenged in court numerous times. Although the courts normally back the IRS, a 2010 Supreme Court Ruling in the case of Unites States v. Clarke upheld the taxpayer’s right to challenge the authority of the IRS. In this case, Michael Clarke disputed an IRS summons for information, saying that it had been issued as a result of his refusal to cooperate with an IRS audit. The courts agreed that he had a right to question the agent since he had been able to show some evidence of an improper motive. While the ruling did not open the floodgates for the questioning of any IRS summons, neither did it provide the IRS with the blanket protection it had hoped for. In another case, Joe Francis, creator of the pornographic entertainment company, Girls Gone Wild, said that the IRS had violated his taxpayer rights when they issued a jeopardy assessment freezing assets in his Morgan Stanley and UBS accounts. In this case, the courts upheld the actions of the IRS, saying that they were well within their rights in using extreme measures to secure payment of the $23 million back tax balance owed by Francis at that time.

If you have tax questions or a tax debt you are unable to pay, our tax settlement professionals are happy to discuss your tax resolution options free of charge. For more information about our services, visit us today at www.professionaltaxresolution.com or call us at 877.889.6527. With over 16 years in the business of resolving tax debthttps://professionaltaxresolution.com/services/back-taxes-delinquent-returns/, we have a thorough understanding of tax law together with the experience to know which settlement option will be the best fit for your specific set of circumstances.