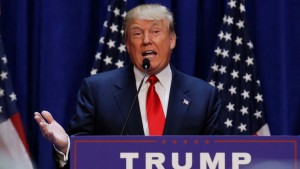 Republican presidential candidate Donald Trump recently proposed an innovative new tax plan that he maintains would simplify the tax code and reduce both individual and business taxes while, at the same time, remaining revenue neutral. With Trump currently the front-runner in several of the major polls, Americans were especially interested to hear what he had to say about income taxes. In a nutshell, his plan proposes simplifying the tax code by eliminating loopholes and reducing tax brackets, expanding the 0% income tax bracket for individuals, lowering taxes paid by businesses of all types and eliminating the estate tax.

Here are some of the key provisions of his tax plan:

The tax brackets suggested by Trump would lower the current income tax rates across  he board. In addition, his the expansion of the 0% tax bracket to include individuals with an annual income of less than $25,000 and couples who earn less than $50,000 would  esult in an increase in the rolls of those would not owe any income tax. With the institution of the Trump’s tax plan, over half of American individuals and families would not owe any tax at all!

The Trump tax plan would cap the business tax rate at 15% for businesses of any size or business structure. This would include the self-employed, Partnerships, LLCs, S- Corporations and even large C-Corporations that currently pay more than double that rate. Trump maintains that making the United States more attractive to business by lowering the corporate income tax rate to 15% from the 35% rate that they are currently paying would go a long way toward deterring corporate inversions.

Trump’s plan would completely eliminate the estate tax, thus allowing heirs to inherit estates of any size without having to pay income taxes. The argument in favor of this  tax move is that income taxes are paid at the time funds are earned so taxing them again amounts to double taxation. Although the ceiling on the asset value of estates that can be passed down tax free has been increasing over the past ten years, from $1,500,000 in 2005 to $5,430,000 for the current year, Trump’s plan would amount to a significant tax savings for those who inherit estates in excess of this amount.

If you have tax questions or a tax debt you are unable to pay, our tax settlement professionals are happy to discuss your tax resolution options free of charge. For more information about our services, visit us today at www.professionaltaxresolution.com or call us at 877.889.6527. With over 16 years in the business of resolving tax debt, we have a thorough understanding of tax law together with the experience to know which settlementhttps://professionaltaxresolution.com/services/back-taxes-delinquent-returns/ option will be the best fit for your specific set of circumstances.